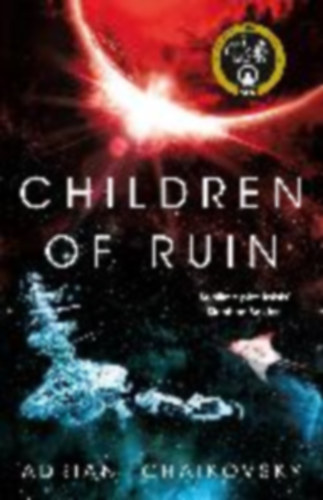 IT HAS WAITED THROUGH THE AGES. NOW IT'S TIME... Thousands of years ago, Earth's terraforming program took to the stars. On the world they called Nod, scientists discovered alien life - but it was their mission to overwrite it with the memory of Earth. Then humanity's great empire fell, and the program's decisions were lost to time. Aeons later, humanity and its new spider allies detected fragmentary radio signals between the stars. They dispatched an exploration vessel, hoping to find cousins from Old Earth. However, those ancient terraformers woke something on Nod better left undisturbed. And it's been waiting for them. Praise for CHILDREN OF TIME 'The smartest evolutionary world-building you'll ever read' Peter F. Hamilton 'Brilliant science fiction and far-out world-building' James McAvoy 'Entertaining, smart, surprising and unexpectedly human' Patrick Ness 'This is superior stuff, tackling big themes' Financial Times

Among the bustling markets of eighteenth century Cairo, the city's outcasts eke out a living swindling rich Ottoman nobles and foreign invaders alike. But alongside this new world the old storie...