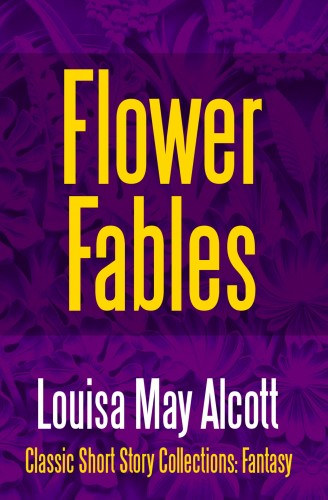 Flower Fables was the first work published by Louisa May Alcott and appeared on December 9, 1854. The book was a compilation of fanciful stories first written six years earlier for Ellen Emerson (daughter of Ralph Waldo Emerson). The book was published in an edition of 1600 and though Alcott thought it "sold very well," she received only about $35 from the Boston publisher, George Briggs Old-Fashioned Girl is a novel by Louisa May Alcott. It was first serialised in the Merry's Museum magazine between July and August in 1869 and consisted of only six chapters. For the finished product, however, Alcott continued the story from the chapter "Six Years Afterwards" and so it ended up with nineteen chapters in all. The book revolves around Polly Milton, the old-fashioned girl who titles the story.Louisa May Alcott (November 29, 1832 – March 6, 1888) was an American novelist and poet best known as the author of the novel Little Women (1868) and its sequels Little Men (1871) and Jo's Boys (1886). Raised by her transcendentalist parents, Abigail May and Amos Bronson Alcott in New England, she also grew up among many of the well-known intellectuals of the day such as Ralph Waldo Emerson, Nathaniel Hawthorne, and Henry David Thoreau.Alcott's family suffered financial difficulties, and while she worked to help support the family from an early age, she also sought an outlet in writing. She began to receive critical success for her writing in the 1860s. Early in her career, she sometimes used the pen name A. M. Barnard, under which she wrote novels for young adults.Published in 1868, Little Women is set in the Alcott family home, Hillside, later called the Wayside, in Concord, Massachusetts and is loosely based on Alcott's childhood experiences with her three sisters.